Lessons Like I said, you need to keep it band...

“Like I said, you need to keep it bandaged until it's fully healed.” 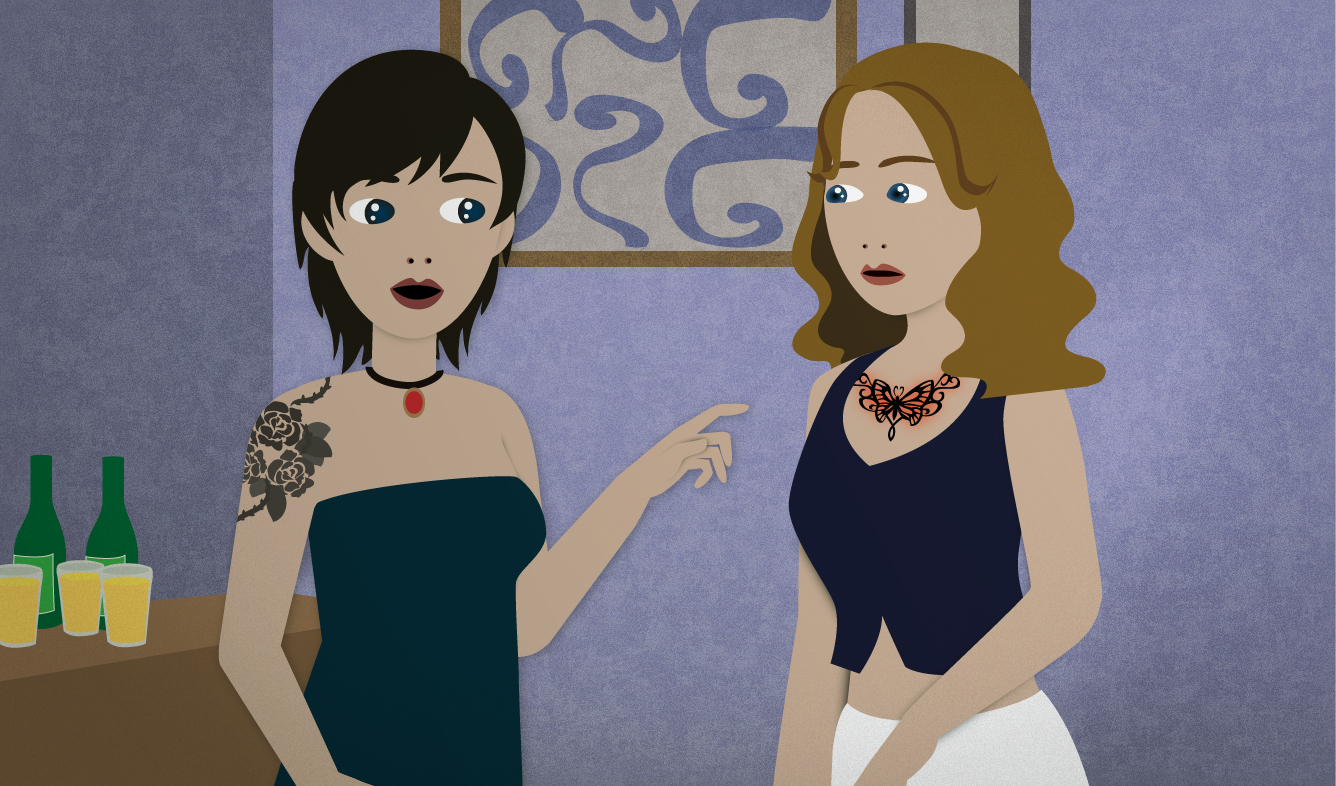 Your friend just got her first tattoo. You've had tattoos before, so you gave her some advice. Now you see that she's taken off the bandage, but it's too soon. You tell her to put it back on.

Like I said, you need to keep it bandaged until it's fully healed.

Use the phrase "Like I said, ___" when you're going to repeat some advice or opinion that you said before. For example:

Two times when you would especially use "Like I said" are:

A "bandage" is something that you put on top of a cut, scrape, or other wound. It's some kind of clean material that stops bleeding and protects the wound from getting dirty.

If someone has a wound, you can tell them to "keep it bandaged". That means to not take the bandage off.

Make sure to keep it bandaged for at least a day or two.

(an injury has) fully healed

An injury that has "fully healed" is completely OK now. There are no more problems with it.

I sprained my ankle last week, and it hasn't fully healed yet.

A phrase for an injury that has healed some, but not fully, is "partially healed":

I had a bad shoulder injury. It's partially healed now.

“It stood motionless for a moment and then it leapt away.”