Lessons No way. You don't stand a chance! 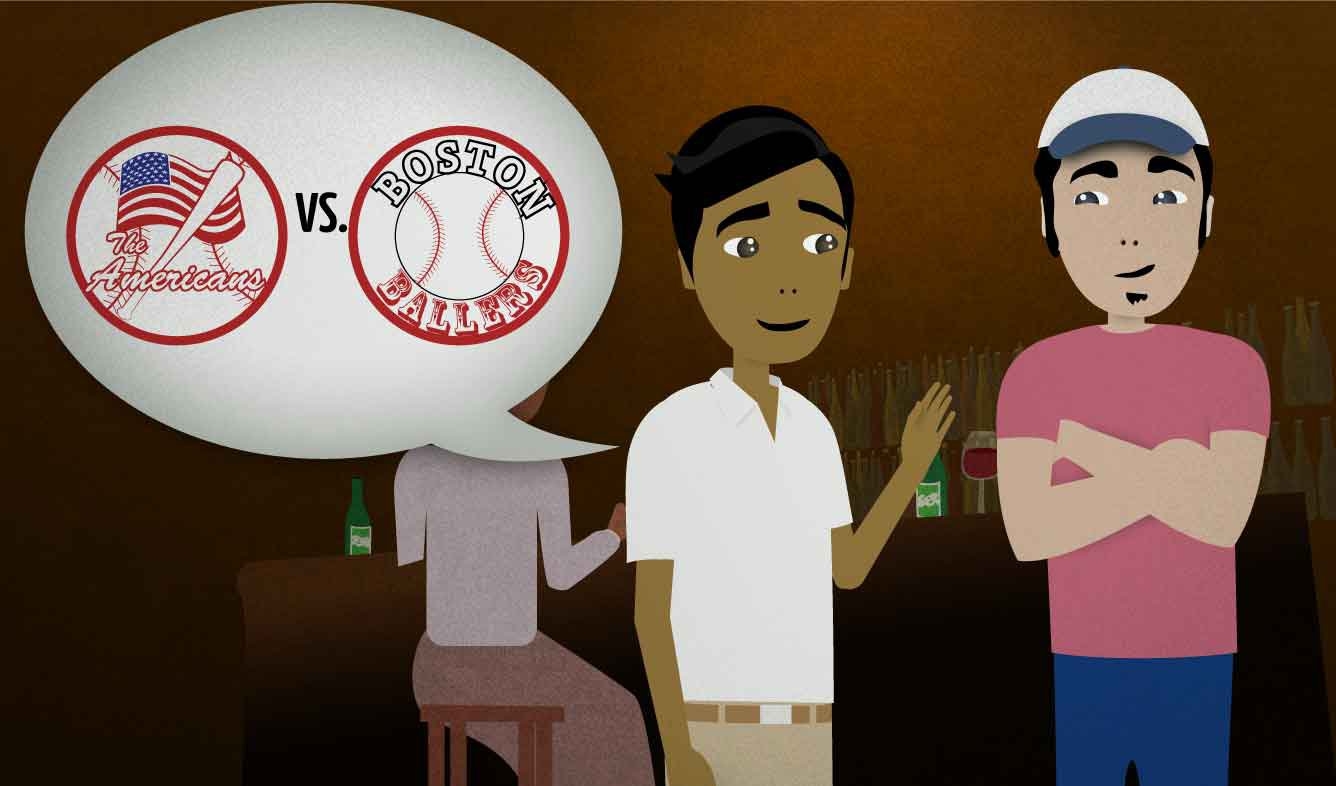 You're talking with a friend about an upcoming professional baseball game. Your friend's favorite team is playing, and your friend says that they're going to win. You completely disagree.

No way. You don't stand a chance!

This is a forceful but casual way of saying "No!".

For example, if you strongly disagree with what a friend has said, you can use this phrase:

A: I think you're secretly in love with him.

You can also answer someone's question with "No way!"

A: Would you ever consider going into law?

Another use of "No way!" is for communicating your surprise:

No way! Get out of here.

When serious sports fans talk about their favorite teams, they don't say "they" or "them". Instead, the speaker talks about the team as if he or she is part of it:

You were doing so well until the last ten minutes of the game.

(someone) doesn't stand a chance

This phrase means that someone can't win or won't survive.

Use this phrase to talk about a game:

Or talk about someone's safety:

She doesn't stand a chance out there alone.

This phrase is a little casual but OK to use in most situations, including at work.