Lessons Our subscription to the Times is comi... 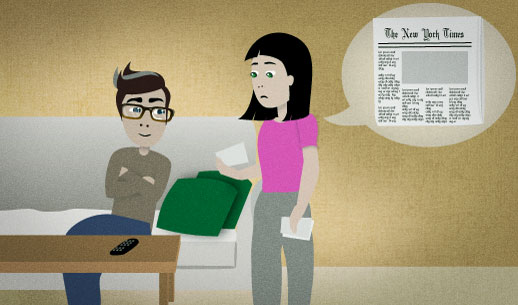 You subscribe to a newspaper. You're checking the mail, and there's a letter warning you that you have to pay for your subscription again soon. You say this to your husband.

Our subscription to the Times is coming up for renewal.

A "subscription" is something like a newspaper that you pay for regularly (usually monthly). Some examples of things that you can subscribe to are:

Subscriptions usually finish after some period, like one year. At the end of your subscription, you have to "renew" it. This means that you agree to subscribe for another period.

"It's up for renewal" means that it's time to be renewed. The subscription period has ended, so now you have to renew it.

She's up for re-election this year.

My car is up for inspection.

"Coming up for ___" means that it will have to be done soon.

“It looks like I'm being deployed in a couple of weeks.”