Lessons She used to report to Amy, then she g...

“She used to report to Amy, then she got promoted to Manager and Amy moved over to the Pricing department. ” 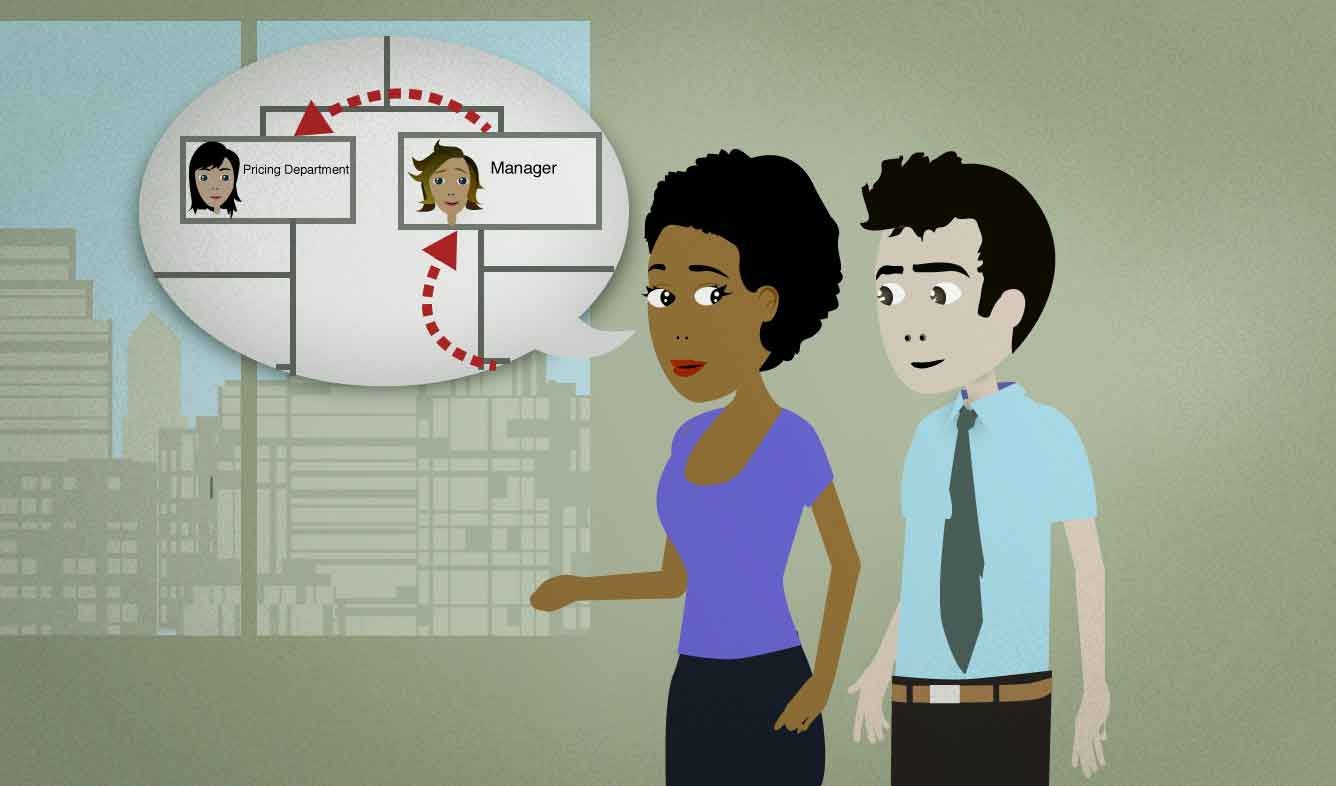 You're talking to a coworker who's fairly new to your company. You've been at the company longer. You're explaining some of the history of your coworkers.

She used to report to Amy, then she got promoted to Manager and Amy moved over to the Pricing department.

(someone) used to (do something)

You can talk about things that "used to" happen if:

My friend Jeremy and I used to get together on the weekends and play Nintendo for hours at a time.

(someone) was promoted to (a position)

When a person gets a higher position within a company, you can say that the person "was promoted".

You can give information about the old job and the new job this way:

Did you hear that Jana was promoted from Sales Assistant to Account Manager?

You can also use the active voice:

But this phrase is usually said in passive voice ("was promoted" or "got promoted").

"Manager" can be a job title in a company. For example, someone's business card might say:

But "manager" can also be a common description of someone's position:

My manager is such a jerk!

(someone) moved over to (a department)

When a person changes from one group to another within a company, you can say that they "moved over to ___":

Didn't she move over to the Digital team last year?

Areas of a company are called "departments". Each department usually has a name, like:

You can either call the department by its name or say "the ___ department":

I think you'll need to talk to the Finance department about that.

“I hear that mobile app developers are in demand right now.”