Lessons That's unlike him. He's usually so cl... 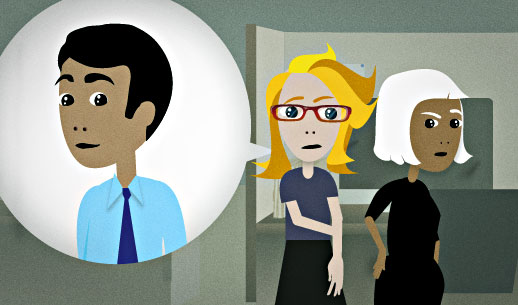 Your coworker came to work looking really scruffy. His hair is messed up, his clothes are wrinkled, etc. He doesn't usually look this way, so you're worried about him. When someone comments on how he looks, you say this.

That's unlike him. He's usually so clean-cut.

Use this phrase when you're surprised by someone's behavior. For example, if your friend who is usually on time to everything is 30 minutes late to meet you, you say:

People especially use this when they're worried or concerned about someone.

A "clean-cut" person looks very normal. They wear clean clothes that look nice and in-style, but also traditional. Their hair is neatly cut. "Clean-cut" men have their facial hair shaved or carefully trimmed.

The type of people who look this way are also associated with certain personality traits. For example, you expect a person with a clean-cut look to be ambitious and honest.