Lessons The question is whether his leg is fu...

“The question is whether his leg is fully recovered.” 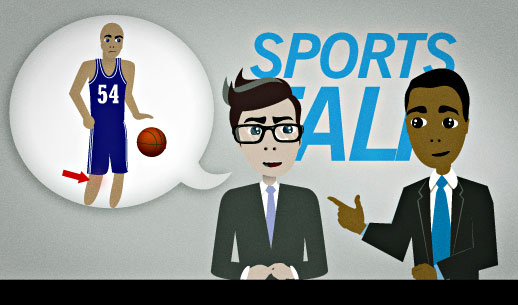 You're about to watch a basketball game on TV. There's a show before the game where the sports announcers discuss the game. They're talking about one of the players who suffered a knee injury last year. This is what one of the announcers says about the injury.

The question is whether his leg is fully recovered.

The question is (clause)

Sometimes you want to focus people's attention on one specific issue or question. This is a good phrase for doing that:

I know that she's talented. The question is, is she ready to put in the work that it takes?

The question isn't whether or not we love each other. It's whether we're ready to make a lifelong commitment at our age.

The question is how much we're able to spend per month, and whether there are any apartments in that price range available in this neighborhood.

whether (something is true)

I don't know if this is the right one.

I don't know whether this is the right one.

In the example at top, "whether" fits better than "if" because of the sound of the sentence. It would sound a little strange to use "is" and "if" — two short words that begin with "i" — right after each other.

"Whether" is different from "if" because you don't use it in sentences like these:

If you're hungry, just order something from room service.

You're responsible for replacing them if they break.

To "be recovered" means that your injury or sickness has healed.

The word "recovered" can refer to either the body part:

Is your shoulder recovered?

Or it can refer to the person:

I'm glad to see that you're recovered.

You could also say:

The question is whether his leg has fully recovered.

In fact, "has recovered" is probably more common than "is recovered":

Has your shoulder recovered?

"Fully" means "totally" or "completely". Each of these words combine with different adjectives. Some common phrases with "fully" include:

“My grandpa used to tell me about how he had to get up at the crack of dawn ev...”

“To make matters worse, one of the books I need is checked out.”