Lessons The sun is many times larger than all...

“The sun is many times larger than all of the planets in the solar system put together.” 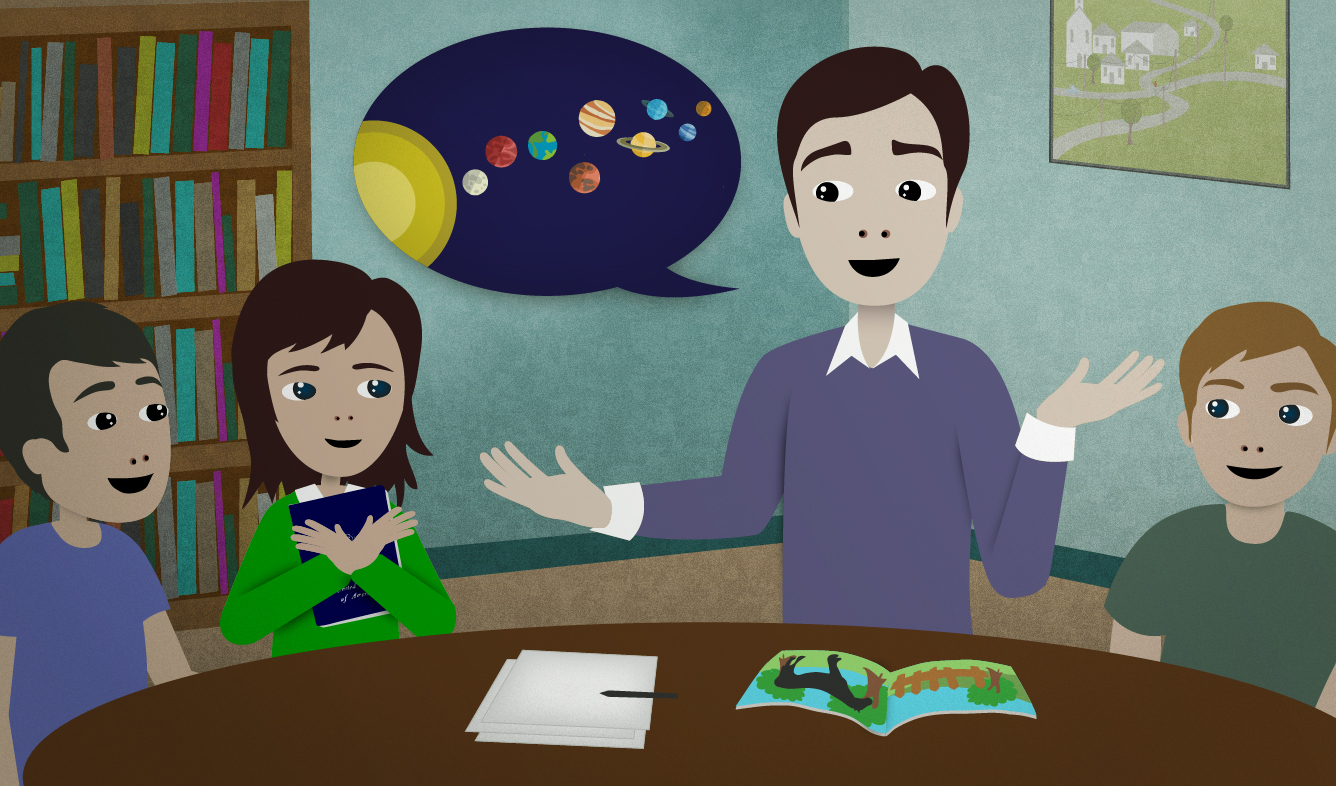 You're a teacher in an elementary school. You're teaching your class about the planets and the sun. You explain the size of the sun.

The sun is many times larger than all of the planets in the solar system put together.

(something) is many times (more) than (something)

You probably know that you can use the word "twice" to talk about a value that is double some other value:

I'm almost twice as heavy as she is.

The average salary in Singapore is five times the average in my country.

The phrase "many times ___" can be used to talk about a number that is even higher:

You're many times more likely to die in a car accident than in a terrorist attack in this part of the world.

the planets in the solar system

We call our sun and everything that orbits around it the "solar system".

The "planets" in our solar system include Earth, Mercury, Venus, Mars, Jupiter, Saturn, and Neptune.

We've just started to explore the other planets in the solar system.

(more) than (several things) put together

This phrase means that one person by himself is stronger than the combined force of three other people:

He's stronger than the three of you put together.

The U.S. spends way more on its military than all of Europe put together.

“It had a huge impact on, not just television, but the entire entertainment in...”

“Just thinking about how enormous it all is... it blows my mind!”