Lessons Their produce is always brown and wil...

“Their produce is always brown and wilted.” 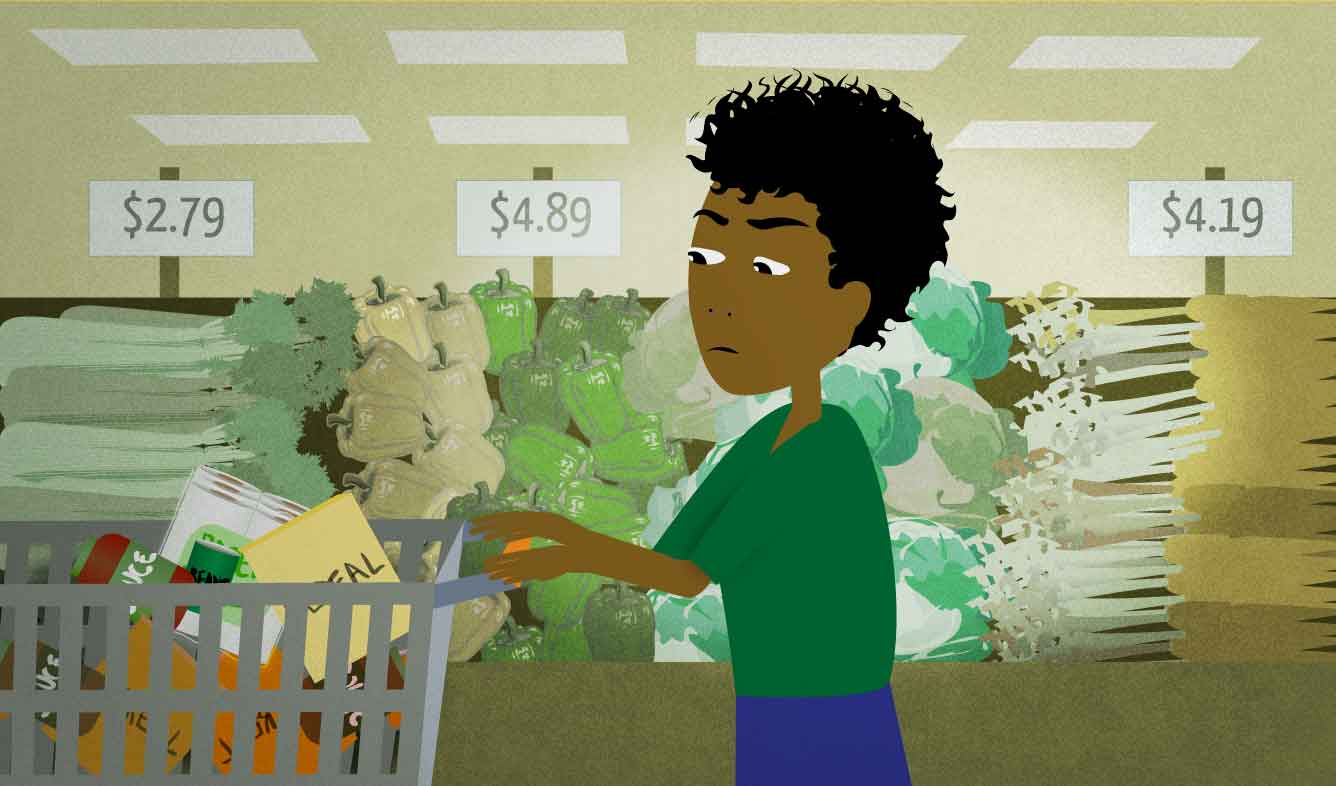 You're talking with a friend who lives in your neighborhood about a grocery store nearby. You don't like the store because their fruits and vegetables are never very fresh. You say this to your friend.

Their produce is always brown and wilted.

The word "produce" is pronounced with stress on the first syllable:

There's also a verb, "to produce something", which is pronounced differently with stress on the second syllable:

When plants get "wilted", it means that they become too soft. For example, if you can squeeze a carrot and it feels soft on the outside, it's "wilted". Lettuce is wilted if the leaves fall over instead of standing up when you hold one up. Being "wilted" is almost always a bad thing for vegetables.

Plants can wilt as well as vegetables. Plants usually wilt when they haven't been given enough water.

“I was just about to go into that.”

“I don't want to take up any more of your time.”