Lessons There you go; you're all buckled in! 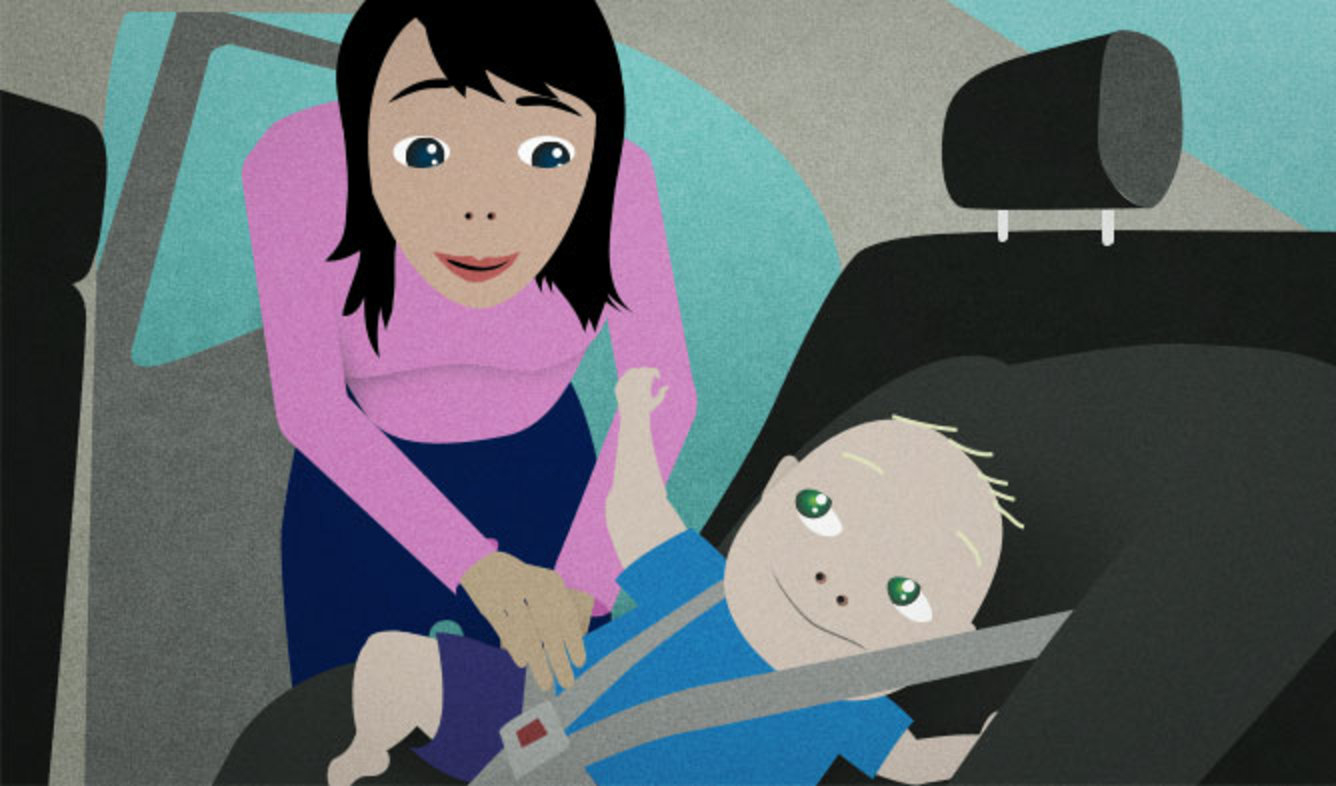 You're driving somewhere with your family. You put your son in his car seat and strap him in, then say this.

There you go; you're all buckled in!

You say "There you go" when you're giving or handing a person something:

A: Can you pass me a napkin?

More generally, you use it when you're doing something for another person. For example, say "There you go" when:

You can also say "Here you go" in the same way. There are no absolute rules for when to use one or the other, but I would use "Here you go" if I brought something to them from far away, and "there you go" if I'm sitting in one place and handing them the object.

Use "all" in front of positive adjective to mean "very" or "completely". Parents do this a lot when speaking to children, so it sounds comforting. Here are some examples:

It's all warm and snuggly in here, isn't it?

Now you're all clean and fresh!

(someone) is buckled in

A "buckle" is the part of a belt where you attach the two ends to each other. The belts people wear on their pants have buckles. So do some shoes, straps for handbags and luggage, and seatbelts.

When an adult wears a seatbelt, you say that they're "buckled up". But when you put a child in a car seat, you buckle them in. The difference is that a person who's "buckled in" has straps not only across the waist, but over both shoulders as well. Jet plane pilots also get "buckled in".

“Why should I, as a taxpayer, have to bear the burden of supporting these peop...”