Lessons These ATM fees have gotten to be ridi... 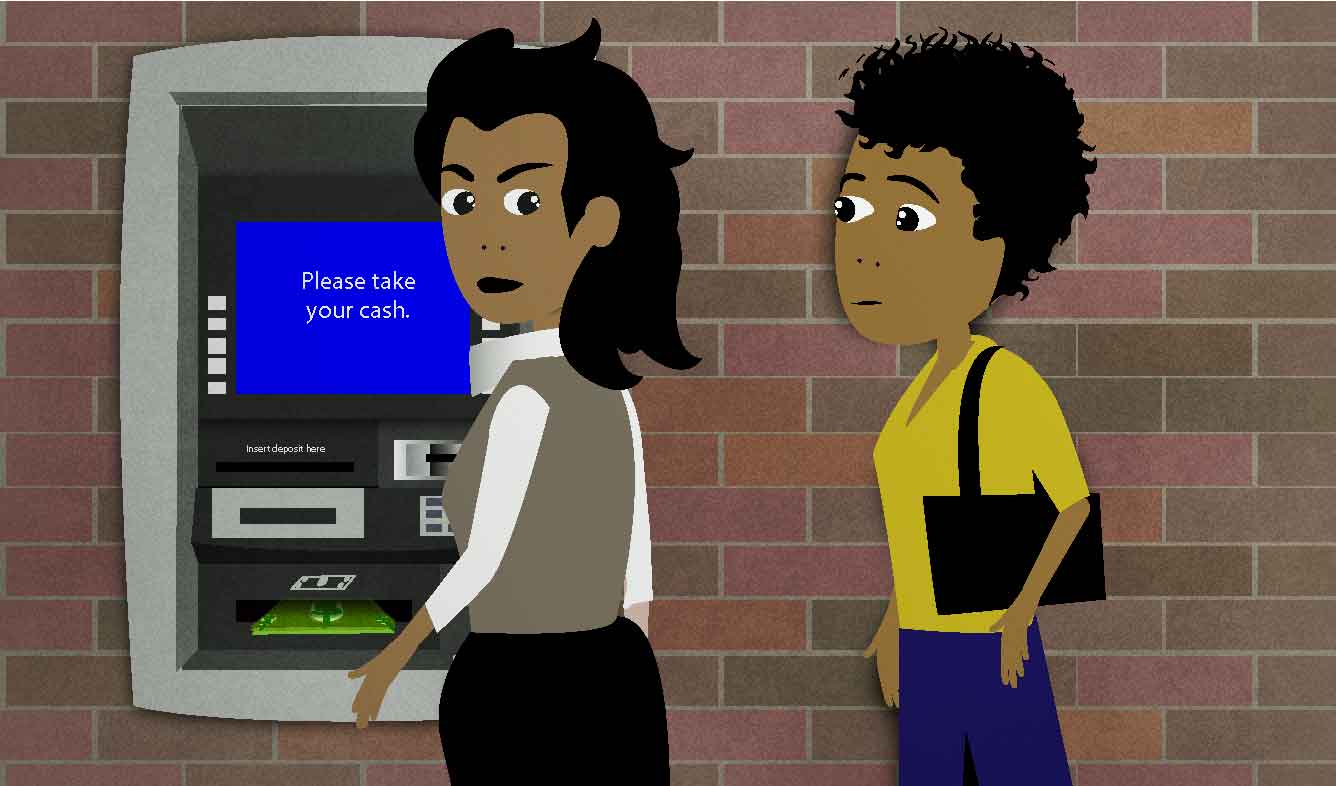 You're out with your sister. You need some cash, but you can't find a branch of your own bank nearby. So you go to another bank's ATM. A message says that there will be a $3 charge for using the ATM. You say this because you're annoyed that it's so high.

These ATM fees have gotten to be ridiculous!

A "fee" is money that you have to pay for a service. Items that you buy have a "cost", but services and privileges often have "fees" instead. Some examples of fees are:

An ATM fee is money that you are charged for using a cash machine. In the U.S., it's usually free to use your own bank's ATMs. But if you try to withdraw money from another bank's ATM, you'll be charged twice - once by the bank whose ATM you're using, and again by your own bank.

The word "ridiculous" means "silly or unreasonable". People often use "ridiculous" to complain about things that make them angry:

This is ridiculous! Why the hell is it taking so long?

Their prices are ridiculous.

What? Don't be ridiculous!

(something) has gotten to be (adjective)

When you say that something "has gotten to be ___", it means that things have become a certain way recently:

It's gotten really hard to make a living as a fisherman.

Wow, you've gotten to be tall, haven't you?

Her show has gotten to be quite popular among teenagers.

ATM got have
Print this Lesson

“He's got those big, broad shoulders.”