Lessons They have a loft with a spiral stairc...

“They have a loft with a spiral staircase leading up to it.” 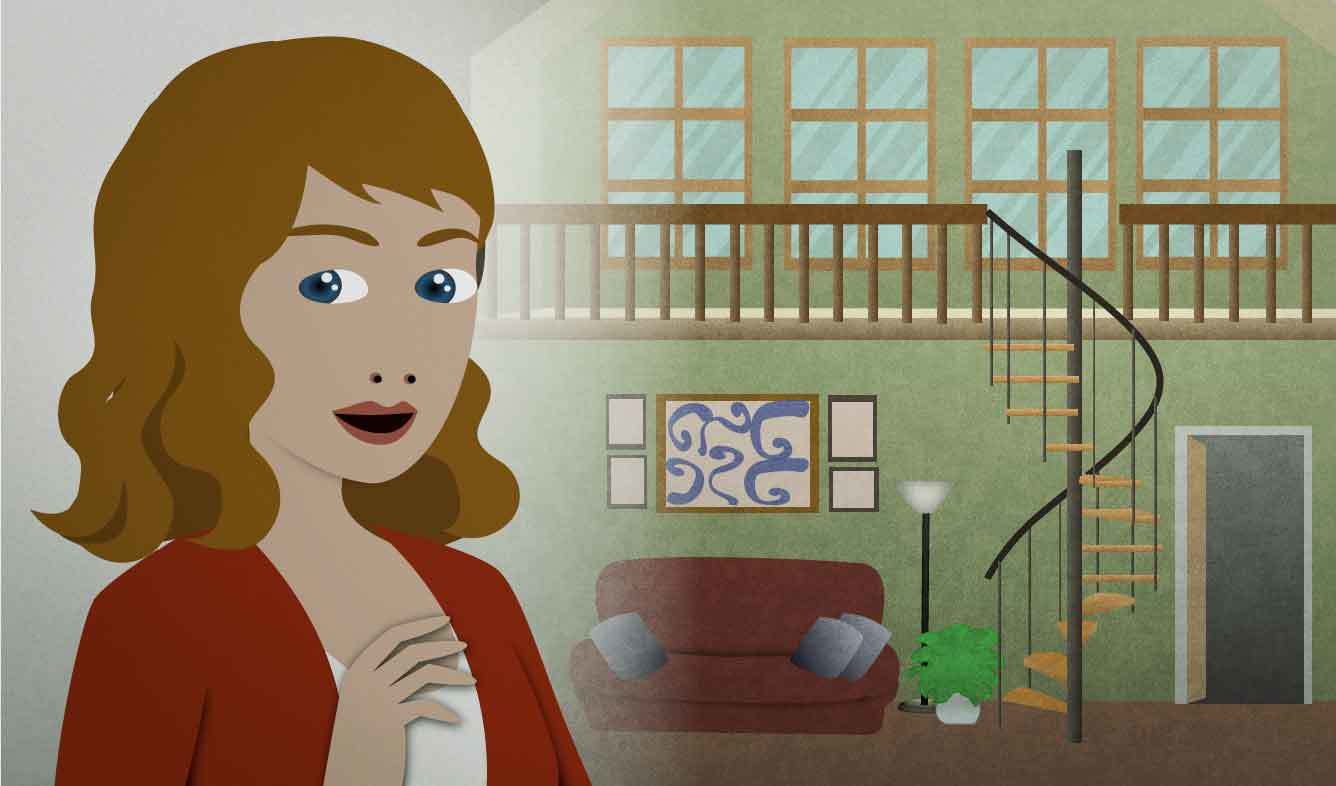 You visited your boss's house, which was nice. Now you're describing the house to your boyfriend. You tell him about one of the rooms.

They have a loft with a spiral staircase leading up to it.

A "loft" is an area of a building which is built above the floor but is open. When you're in the loft, you can look out and see the lower floor below.

You can also call an apartment that has a loft in it "a loft":

He took me to his loft overlooking Central Park. It was spectacular!

A "spiral" staircase is one turns around in a circle as you go up and down the steps. Rather than having sharp corners, its corners curve.

She led them up a steep spiral staircase to the top of the tower.

leading up to (something)

Roads, paths, sidewalks, stairs, etc. sometimes "lead to" somewhere. That means that, if you follow them, you will eventually reach that place.

Here's an example of how to use "lead to":

The path behind the house leads to a small river.

You can also use the phrases "lead up to" and "lead down to" when the destination is higher or lower than the starting point.

That road there leads up to a beautiful waterfall near the top of the mountain.

And when you're describing the destination, you can say that the path "leads up to it".

The sidewalk leading up to the house is lined with beautiful flowers and palm trees.

“She's a tremendous asset to the team, and we're lucky to have her.”