Lessons Time out. I need to sit down and catc...

“Time out. I need to sit down and catch my breath.” 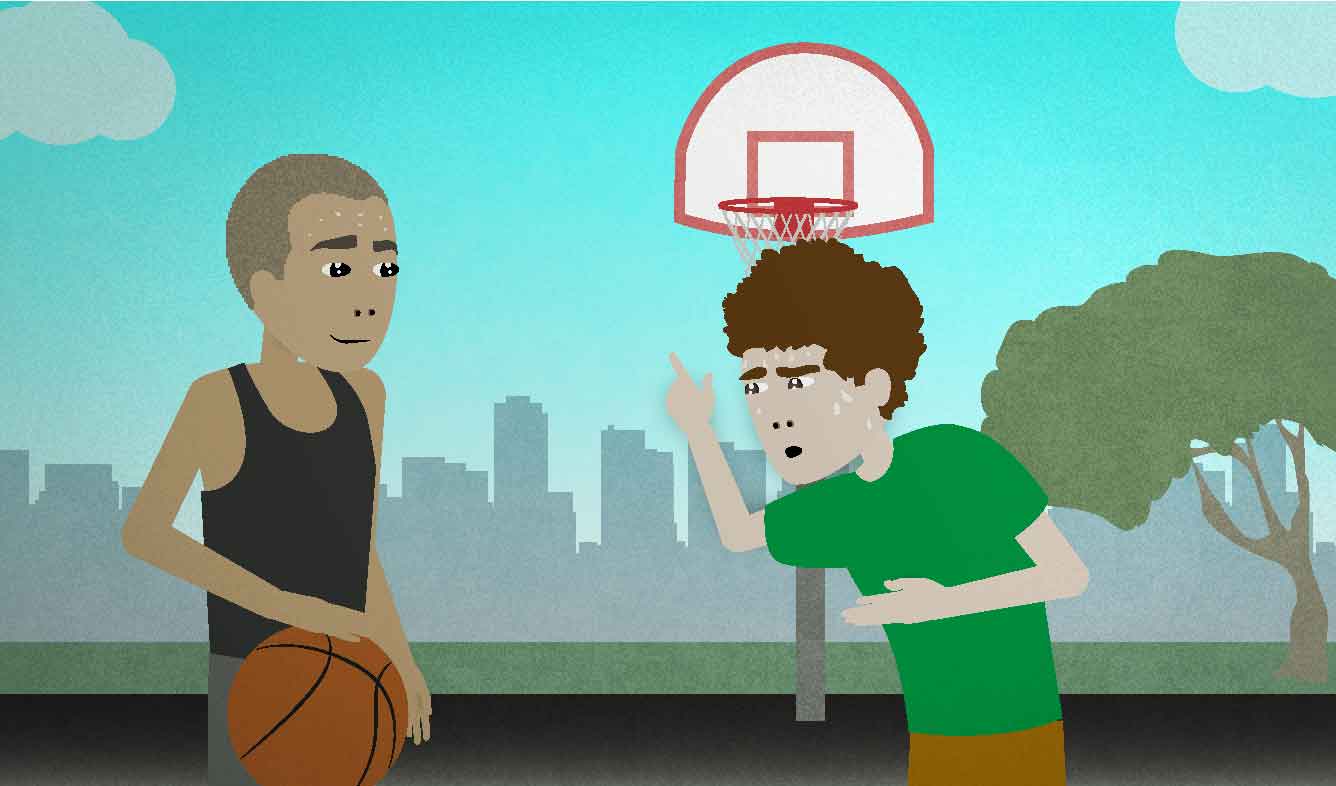 You and a friend are playing basketball together. You say this because you're getting really tired and you need to rest.

Time out. I need to sit down and catch my breath.

This is what you say in a game if you want to take a break. In a formal competition, each team has a certain number of "time outs" that they are allowed to take (In basketball . When you're just playing with friends, you can ask for a "time out" whenever you get too tired or thirsty to keep playing.

"Time out" was originally used in sports, but its meaning is sometimes extended to other situations. For example, imagine that your friend is telling a story. In the middle of the story, she says something really surprising but doesn't stop to explain it. She's continuing to tell her story, but you want to hear more about the surprising thing she just said. You say:

Whoa, time out! You and Jess broke up?!

"Time out" in this situation means that you want your friend to stop her story.

When you're breathing really quickly but don't feel like you're getting enough air, you say:

I can't catch my breath.

So to "catch your breath" means to rest and wait for your breathing to become normal again.

“Let me take you around and introduce you to everyone.”

“I know that it's highly unlikely that anyone will publish it, but I figured, ...”