Lessons To put this piece in historical conte...

“To put this piece in historical context, it was created during the period when Europeans were just beginning to explore the New World.” 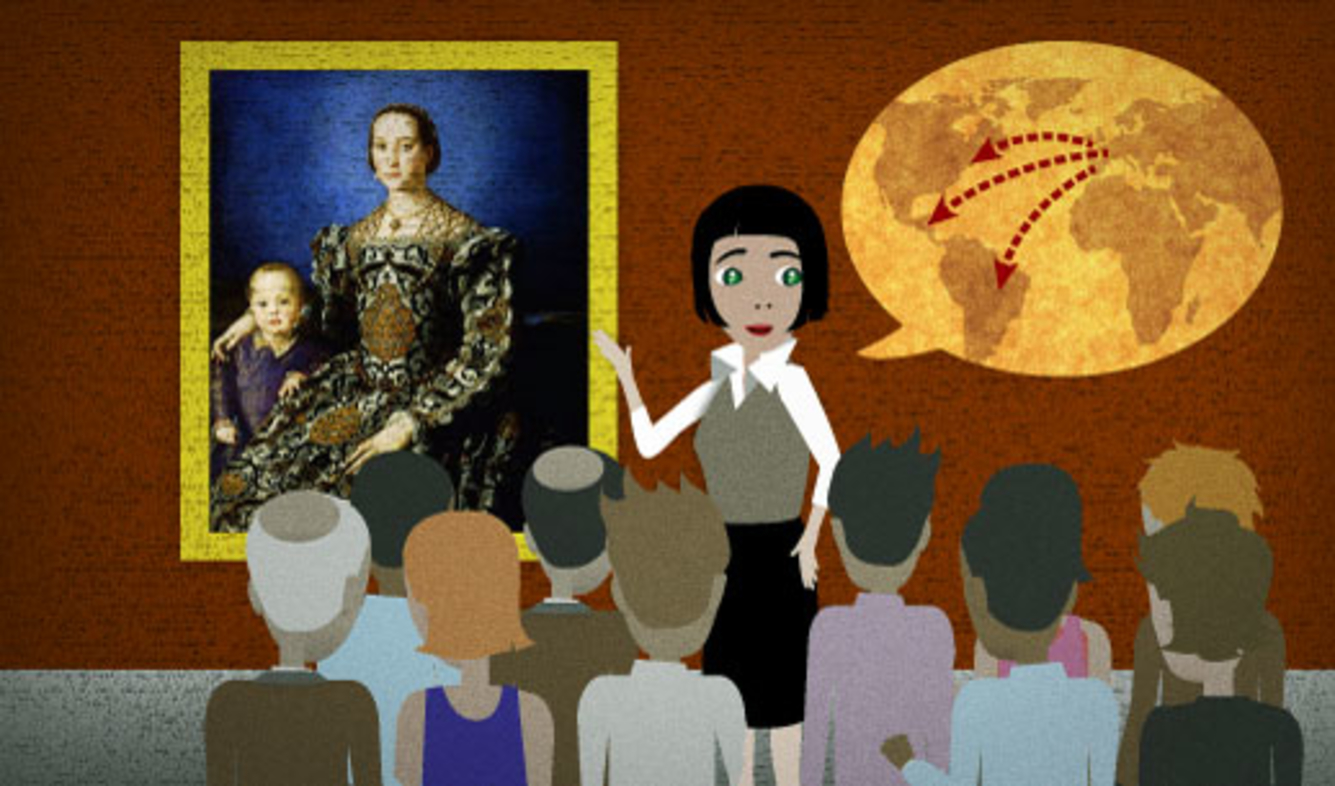 You're a tour guide at an art museum. You're telling the story of an artist who lived a long time ago. You want to explain when this person lived. You say this.

To put this piece in historical context, it was created during the period when Europeans were just beginning to explore the New World.

To put (something) in (some kind of) context, (sentence)

"Context" is extra information that helps you to understand something better. For example, if you're listening to someone speaking in a foreign language, their facial expressions and hand gestures give you some context for what they're saying.

"Putting ___ in context" means making a topic easier to understand by giving extra information about the time, place, situation, history, and so on.

So you can use this expression to introduce contextual information about something:

To put it in context, at that time the most powerful personal computers were only able to do simple math equations.

To put his speech in cultural context, politicians in India rarely retire. So him announcing that he was leaving the party was rather shocking.

This expression sounds very intellectual. Use it when you're giving a speech or lecture.

create a piece (of art)

Art, such as paintings and classical music compositions, can be counted in "pieces":

This is one of her most famous pieces.

When you make art, it's called "creating a piece". We talk about art this way:

This piece was created by Dali soon after World War II.

(something happened) during (a time period)

Use "during ___" to talk about when something happened. It means that an event happened while some other continuous event was happening. For example:

He lived in Holland during the war.

It's so annoying when people talk during a movie.

Both wars and movies are continuous events. So other events can happen "during" them (like living in Holland and talking).

(someone) is just beginning to (do something)

Use the phrase "___ is just beginning to ___" to talk about the early part of something that continues for a long time.

For example, if you're talking about a young child who's learning to talk, you can say:

You can use this phrase because she's going to continue to talk a lot more after this.

Here's another example for talking about a band that's now quite popular:

I saw them back in '97 when they were just beginning to become well-known.

When Europeans came to North and South America starting at the end of the 1400's, they called it "The New World". When the Europeans went there, they "explored" it by visiting different areas, making maps, searching for valuable things like gold, and so on.

We still sometimes call the Americas "The New World" when we are:

“Monica's been growing increasingly disruptive in class over the past few weeks.”