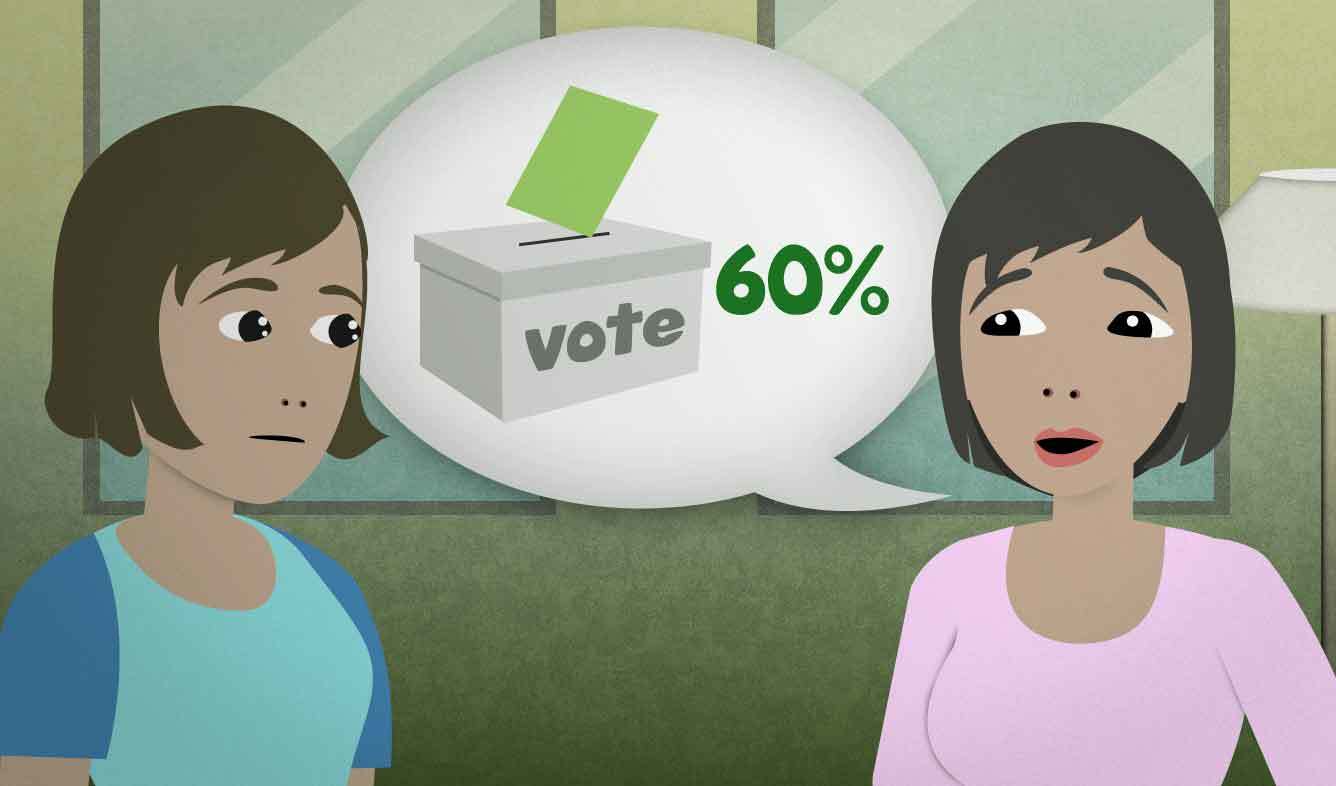 You're talking with an American friend about voting. You've noticed that not many people vote in U.S. elections, so you comment on it.

In some countries, citizens are allowed to vote in the country's elections, but aren't required to vote. In these cases, "voter turnout" means how many people voted in an election.

The word "abysmal" means very, bad or very low. You use it to talk about how things like:

"Abysmal" is an ungradable adjective, which means that you don't usually combine it with words like "very" or "a little". Just use it by itself.

“It's nap time! Are you ready for your nap?”

“Hey, have you had a chance to consider my request?”