Lessons We need to take an in-depth look at o...

“We need to take an in-depth look at our process to determine how this managed to happen.” 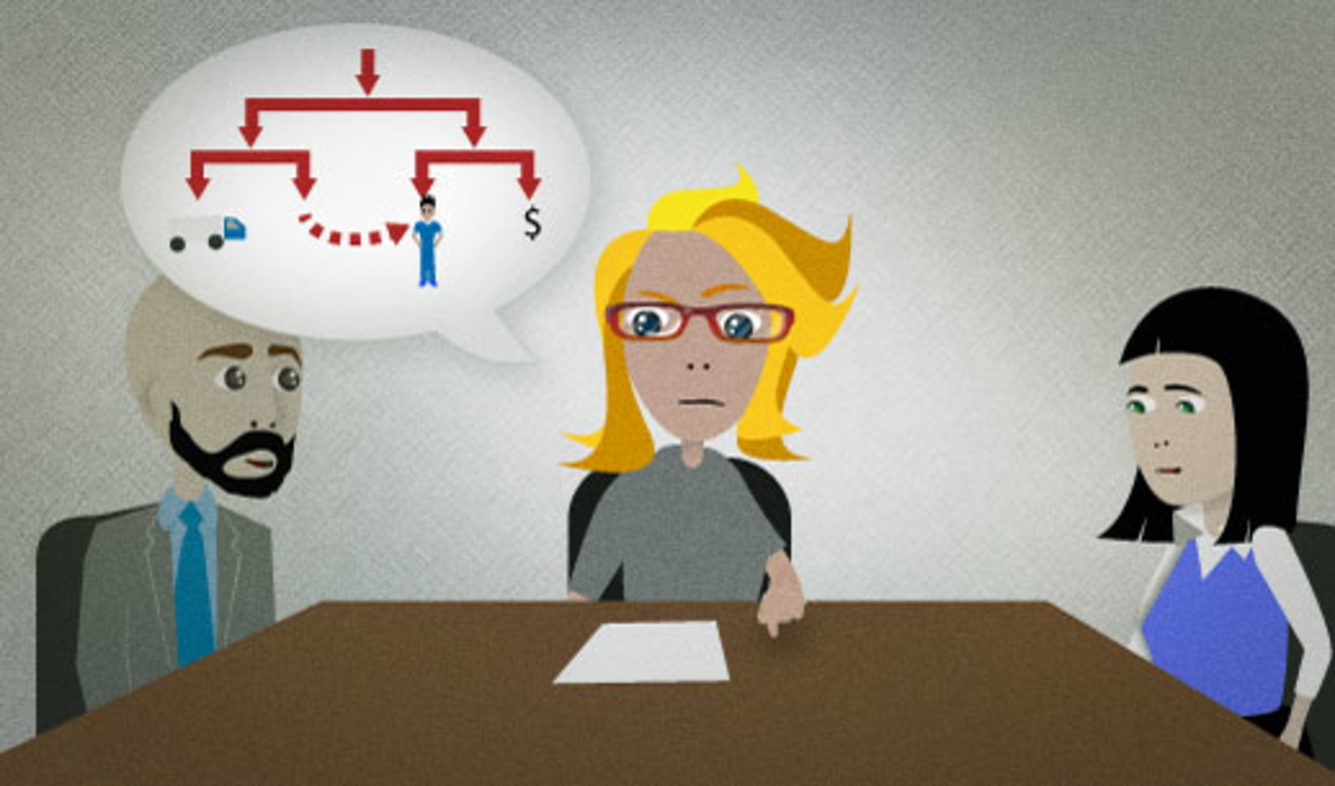 One of your employees made a big mistake that cost the company a lot of money to fix. You need to find out what caused the mistake so that it doesn't happen again, but you don't want to blame the employee personally. In a staff meeting. you say this.

We need to take an in-depth look at our process to determine how this managed to happen.

The word "look" is very general. It can mean to look for a long time, a short time, carefully, absent-mindedly, or in many other ways. "Take a look" is more specific. It means to look at something for a short period, usually for a specific purpose.

Doing something "in-depth" means that you do it in a really careful and detailed way. Here are some things that you can do "in-depth":

A "process" is a repeatable series of steps or actions. For example, a doctor might have a specific "process" for doing a surgical operation.

Businesses often have processes for each of the different things that they do. Workers are supposed to "follow" the processes.

(something) managed to (do something)

People use the phrase "manage to ___" to talk about things that weren't likely, but happened anyway. In the example above, the boss doesn't understand why the mistake happened, so she asks how it "managed to happen".

Here's another example of using "managed to" to talk about doing something which wasn't likely:

But I've managed to do OK.

formal hyphenated words in a meeting at work
Print this Lesson

“You totally called it!”