Lessons What you’re saying is true, yes. But ...

“What you’re saying is true, yes. But I’m not sure that it’s really relevant to the discussion.” 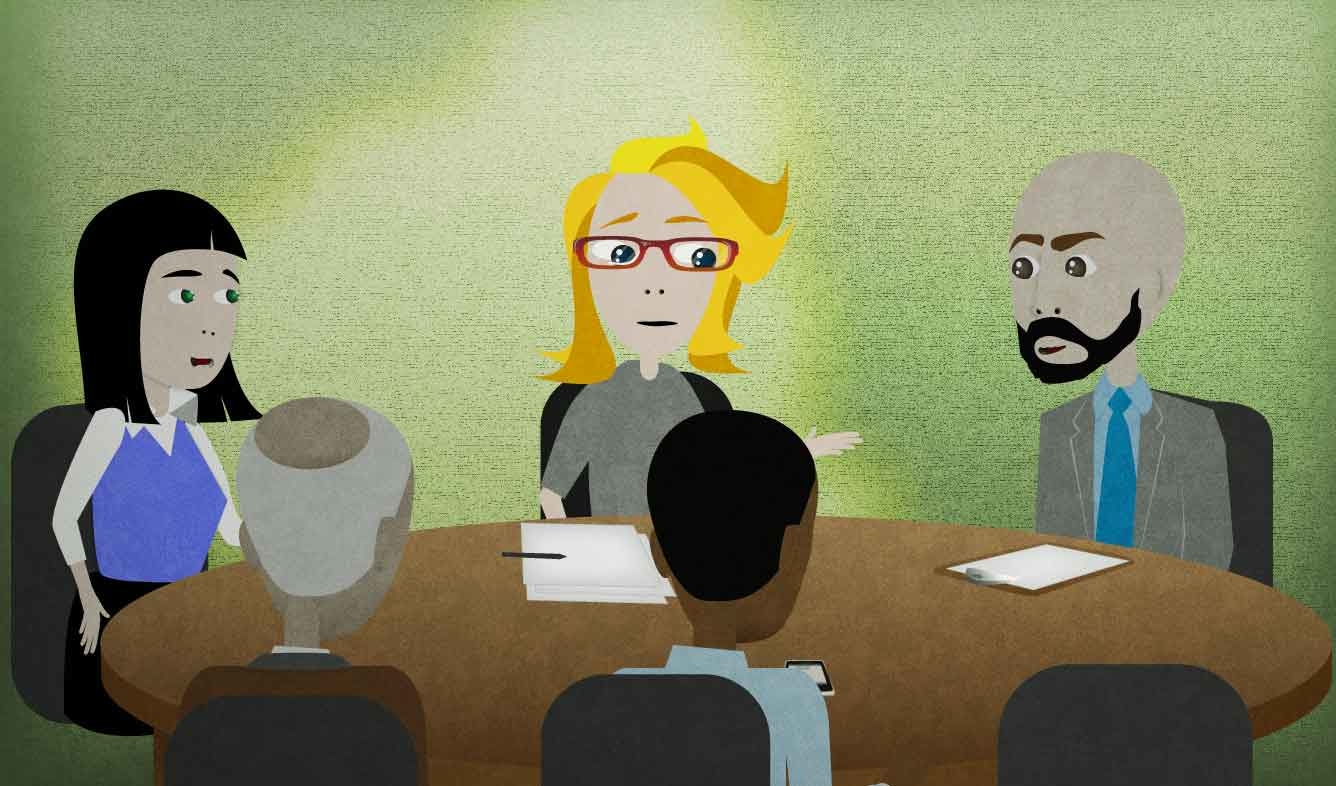 You're leading a meeting to discuss a change in your division at work. One of the managers is complaining because his group doesn't have enough people, and the company won't let him hire more. His complaints aren't helpful, so you switch the topic to something else.

What you’re saying is true, yes. But I’m not sure that it’s really relevant to the discussion.

I'm not sure (clause)

This is a very polite way to say that you don't agree with something. It's similar to "I don't think..." But you use "I'm not sure..." when you need to disagree with someone without offending them.

After "I'm not sure" you use a clause. For example:

A: What about Regina?

B: Hmm... You know, I'm not sure she's ready for an assignment of this scope.

A: I think we should set up a weekly meeting to discuss our progress.

B: I'm not sure that a weekly meeting is necessary. Could we meet once every two weeks instead?

As you can see in these examples, the clause sometimes starts with "that" and sometimes doesn't. It's more grammatically correct to use "that" but it's common to leave it out in spoken English.

(something) is not relevant (to something)

A "relevant" fact or opinion is one that's related to the main topic of a conversation, or important for a certain group of people.

For example, if you're talking about the world economy, news about the stock market might be "relevant" to that topic. News about a new animated movie that was just released is "not relevant".

When someone tries to talk about something that is not related to what you think is the most important part of a conversation, you can say that their point is not relevant:

Whether you approve of the new president or not is not relevant. The fact is, the election is over and we have to move on.

You can use the phrase "relevant to ___" to name the topic:

The hard part about teaching is convincing the students that the stuff you're teaching them is really relevant to their lives.

You can also use the word "irrelevant", which means "not relevant".

What you're saying is true, but (sentence).

A good technique when you're debating with someone is to agree with some parts of what they've said but disagree on other points. One way to do that is with the phrase "What you're saying is true, but...."

A: The cost of attending a university these days is outrageous. Kids these days are coming out of school hundreds of thousands of dollars in debt. It doesn't seem worth it.

B: What you're saying is true, but having a degree is still necessary for getting a lot of highly-paid professional jobs.

For example, if you're trying to decide where to send your children to school, the "discussion" with your partner about where to send them might last for several months and involve several conversations.

“How long have you been doing that?”