Lessons Would you like to go see a movie toge...

“Would you like to go see a movie together sometime?” 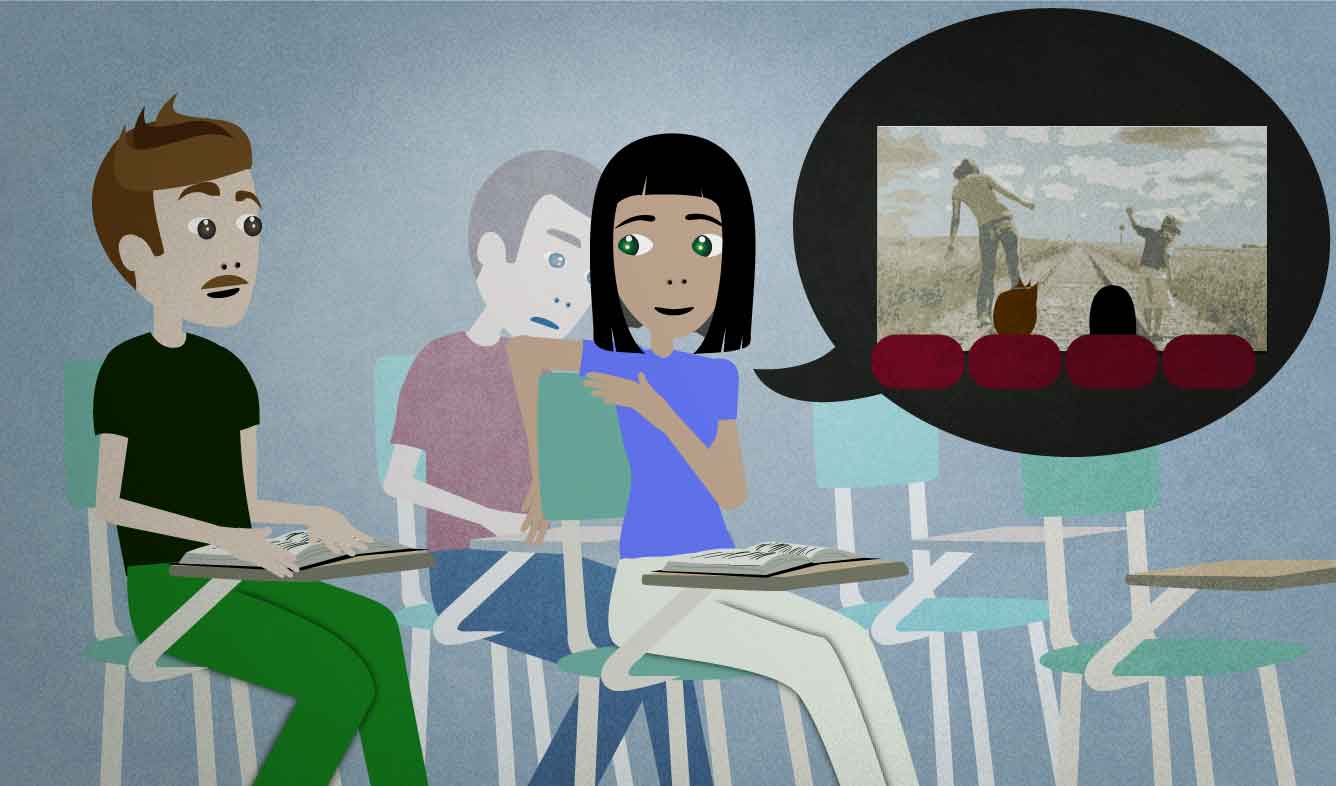 There's a guy in one of your classes who you like. You've spoken with him several times, and you think you'd like to go out on a date with him. After a few minutes of conversation, you ask him this question.

Would you like to go see a movie together sometime?

Do you want to go see a movie?

This means to go to a movie theater and watch a movie.

Could you go find me a screwdriver somewhere?

This means to go to the place where tools are kept and find a screwdriver for the speaker to use.

This is a phrase to use when you want to ask someone out on a date.

Of course, you don't just come out with this at the beginning of your conversation. You have to make small talk with them and maybe tell them some interesting stories about yourself first. Then you can make the invitation using this phrase.

If you want to invite someone to hang out with you, but you don't specifically want to make it a date, you have to use a more indirect method of asking. For example:

Have you seen that new movie Walking the Tracks? I was thinking of going to see it. You want to go with me?

Me and some friends of mine are going out to this bar on Fifth Street tonight. You're welcome to join us if you'd like.

“That seems like a tough field to break into.”