Lessons Yeah, it's one of the highest-rated s...

“Yeah, it's one of the highest-rated shows on the air.” 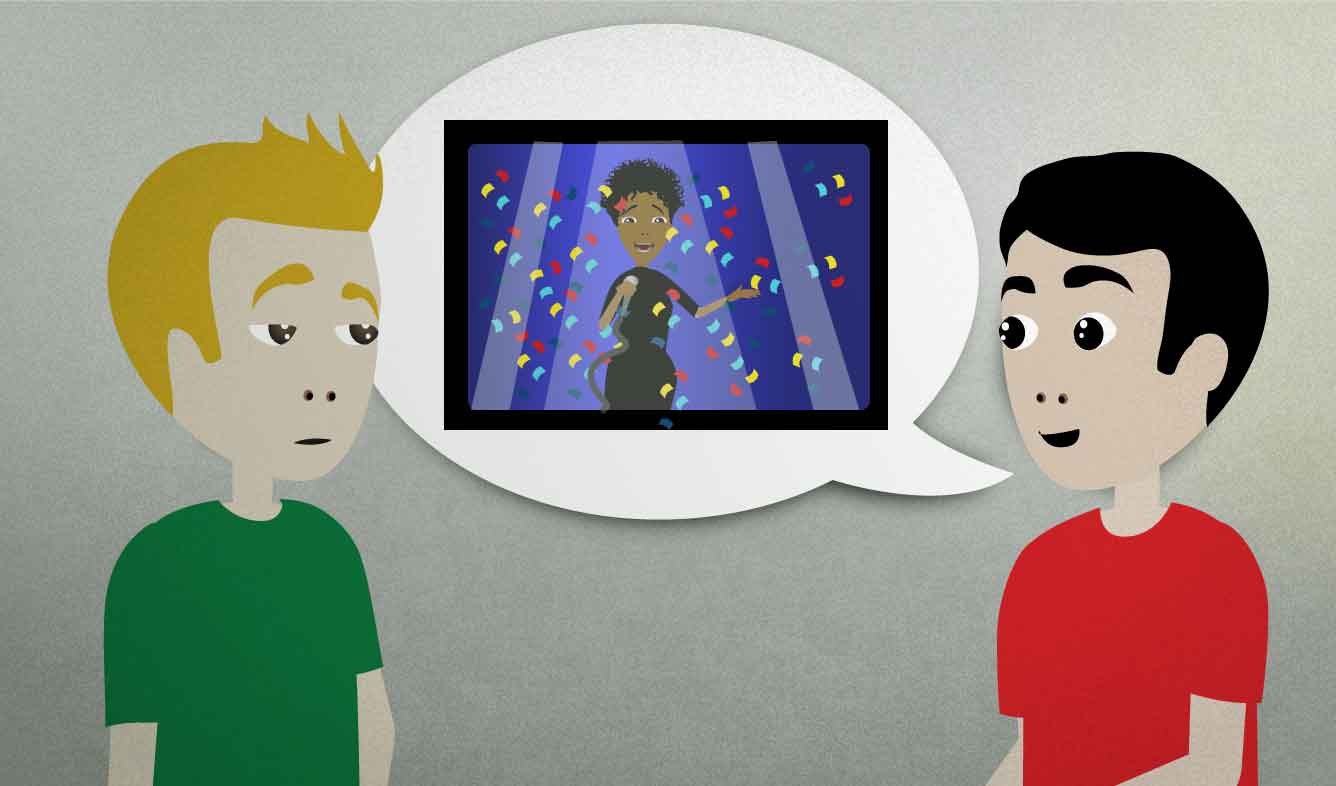 You're talking about a TV show with a friend. Your friend has never watched it and doesn't know much about it. He asks if it's popular. It is, so this is your answer.

Yeah, it's one of the highest-rated shows on the air.

(a TV show) is high-rated

The word "rating" is really only used this way when talking about television. Usually a "rating" is like a score that an expert gives to a product, instead of the number of people who watch or use it.

You can call a TV program a "show". For example:

Quiet! My show is on.

Have you seen that new show about the group of government agents who're all living together in a beach house?

A TV show that is currently being shown is "on the air".

This might mean that new episodes of the show are being made and shown regularly. TV shows that have been canceled are not considered "on the air":

My friends and I would get together to watch Seinfeld every week back when it was on the air.

Or it might mean that the show is playing right now. So a news reporter might say to someone that she's interviewing:

You're on the air with Channel 11 News.

“You know, bats are actually good to have around 'cuz they keep the mosquitos ...”