Lessons You should have seen the look on his ...

“You should have seen the look on his face. It was priceless!” 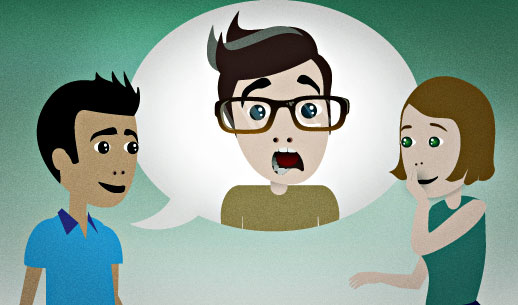 You played a trick on your brother and really surprised him. He made a funny face. Now you're telling a friend the story of what happened. You say this to describe his reaction.

You should have seen the look on his face. It was priceless!

the look on (someone's) face

"The look on" someone's face means their expression:

The look on her face was absolutely heartbreaking.

I couldn't stand to see the look of disappointment on his face. I turned away with tears of shame welling up in my eyes.

A "priceless" thing is something that is extremely valuable. For example, "priceless" jewels are so valuable that you almost can't buy them for any amount of money.

When it comes to people, we talk about a "priceless" reaction when someone reacts in an extremely funny way to something. You can imagine that people use the word "priceless" to describe a funny reaction because they get such high entertainment value from seeing it. It's the kind of entertainment that you can't buy, no matter how much money you try to spend.

Here are some examples of "priceless" reactions:

You should have seen (something)

When you see something interesting, you want other people to see it too. This phrase expresses that idea. You use it when something entertaining happens, and you wish someone had seen it with you. Another example:

You should have seen the size of that thing. It was huge!

You should have seen the dress she wore last year. It was completely over the top.

“Everything is really blurry. I can't even make out what that sign over there ...”