Lessons You're such a tease! 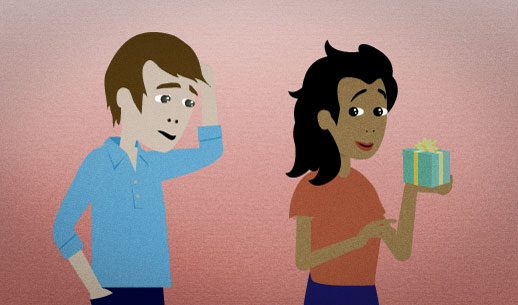 Your birthday is in one week. Your girlfriend bought you a gift. She shows you the box and asks if you want to know what it is, but won't let you see it. You say this.

You're such a tease!

(someone) is a tease

"A tease" is a person who plays with other people's desires. They offer something that you want, but then don't give it to you.

For example, "a tease" very often describes a woman who acts like she's attracted to a man, but then won't go out with him or sleep with him.

Despite its meaning, the word "tease" doesn't really sound very negative. It sounds kind of fun and playful. You can even say this to a child who offers you something but then takes it back:

A: Do you want this red crayon?